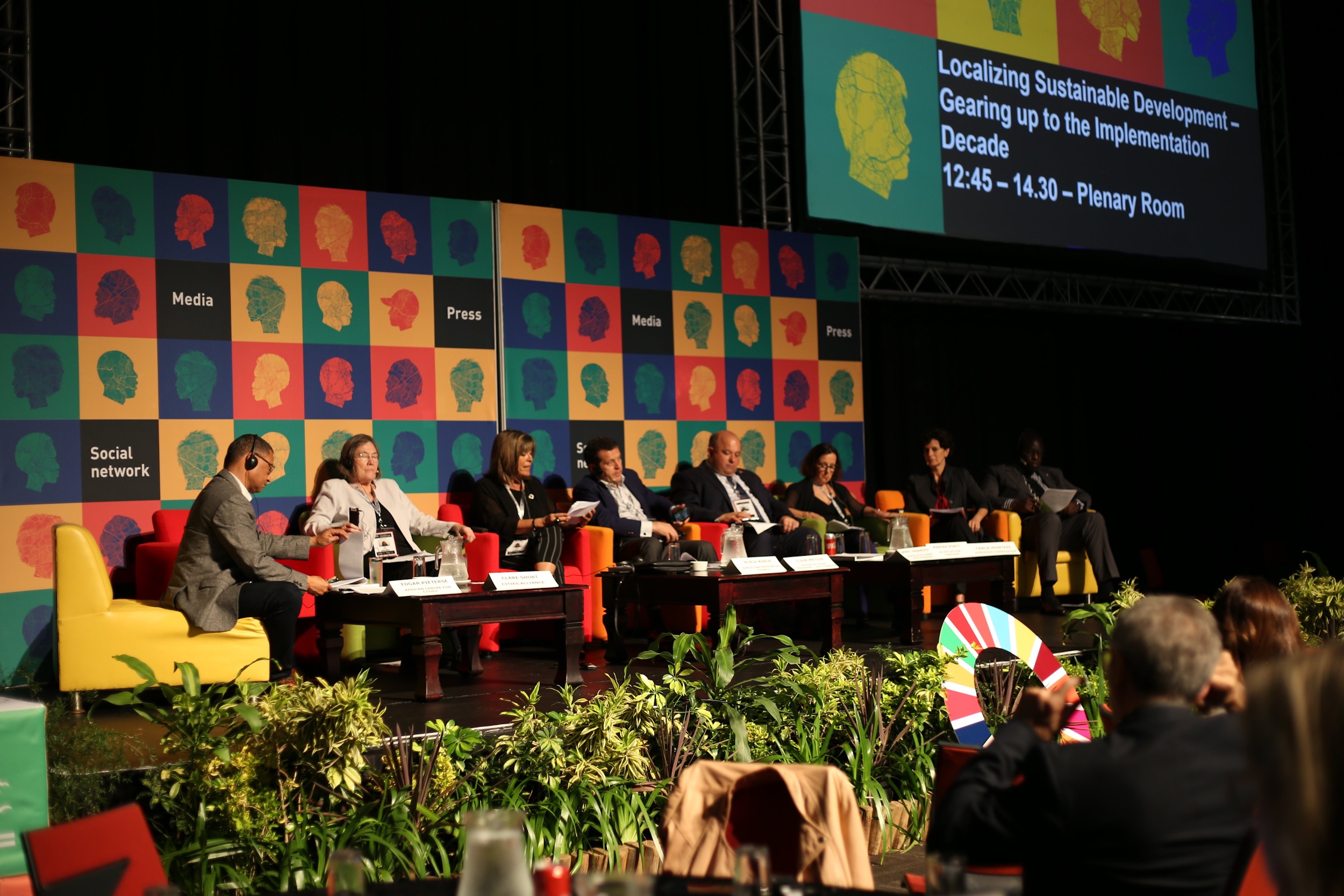 - Share information on local democracy and decentralization throughout the world and evaluate the progress and setbacks.
- Raise the international profile of UCLG members and contribute their perspective to global debates.
- Promote dialogue and partnership between local authorities and national governments, international institutions, academia, the private sector and local stakeholders.

On this website, you can access our flagship GOLD reports on local democracy and decentralization, as well as the different initiatives developed by UCLG aiming for the localization of the SDGs and the 2030 Agenda, information about the Emergency Governance Initiative for Cities and Regions developed with Metropolis and LSE Cities, a myriad of reports and policy series on different aspects and dimensions of local governance, and the page dedicated to the Global Observatory on Local Finance.

Published every three years, GOLD reports are an important part of UCLG’s quest to become an international reference point for information about local and regional governments, local democracy and decentralization worldwide. Since the publication of its first edition in 2008, GOLD has become an international benchmark in the analysis of local and regional governments worldwide. GOLD I (2008) offered a general overview of the state of local democracy and governance on a global scale. Three years later, GOLD II (2011) provided the most comprehensive review of local financing across the world. In 2014, GOLD III tackled the issue of access to local basic services. Two years later, GOLD IV (2016) studied the role that local and regional governments can play to implement and support the emerging new global consensus achieved on key international accords such as the 2030 Agenda, the Paris Climate Agreement, and the New Urban Agenda. Our latest report, GOLD V (2019), examines the degree of implementation of the global agendas, notably the 2030 Agenda for Sustainable Development, at local and regional level. 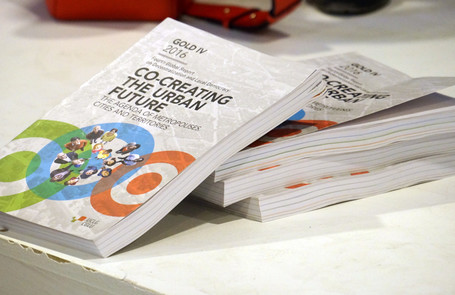 The GOLD VI report, whose conception process was launched during our 2020 Retreat in Tangier, will focus on inequalities in their multiple dimensions and the way governance can help tackle them at the local and regional level.

The GOLD reports are unprecedented in their scope, covering local governments in all of the major world regions (Asia Pacific, Africa, Europe, North America, Latin America, Eurasia and the Middle East and West Asia) and with a particular focus on metropolitan areas. The reports also use a unique methodology: they are drawn up by leading regional specialists working in close consultation with local elected representatives and local government practitioners with experience on the ground.

Consistent with the overarching strategy of UCLG, the GOLD is committed to the processes of monitoring and reporting on the implementation of the SDGs, the 2030 Agenda and the other major global agendas. The GOLD has already presented four reports called ‘Towards the localization of the SDGs’ at the United Nations' High-Level Political Forum on Sustainable Development that takes place yearly in New York. Other initiatives include supporting local and regional authorities in their efforts to localize the SDGs and, particularly, to monitor and report on the achievements and challenges.

The GOLD further researches in other areas that are of interest to local and regional authorities, such as governance, emergencies, housing, access to basic services, mobility, local finances, local democracy and decentralization, and participatory budgets.

The Global Observatory on Local Finance

The GOLD also contributes to the work of the Global Observatory on Local Finance, which is hosted by UCLG, in partnership with the OECD. The aims of the Observatory are manifold:

The Observatory has developed its flagship report "Subnational Governments around the World, Structure and Finance", as well as publications dedicated to local finances, country profiles summarizing the situation of local governments in 101 countries, financial instruments implemented in cities around by local governments, and a digital library.

The GOLD is part of UCLG’s World Secretariat and is a core partner of UCLG’s Global Observatory on Local Finance. You can contact GOLD director Edgardo Bilsky at e.bilsky@uclg.org and the UCLG's Research team at gold@uclg.org. You can also address your general inquiries at consultations@uclg.org, or reach us by phone at +34 93 342 87 68.